A. Stacy Long the Montgomery Advertiser received the Herby Kirby Award, the Alabama Sports Writer’s Association’s highest writing award at the association’s 48th annual convention Sunday in Tuscaloosa. The award was the first for the Advertiser and first for Long.

The Herby Kirby Award is given in memory of longtime Birmingham Post-Herald sports writer Herby Kirby, who died in the press box after covering Notre Dame's 24-23 national football championship win over Alabama in the 1973 Sugar Bowl.

Long won the Herby Kirby and in the category of Best Sports Story, Writing on a Deadline, Prep or Other Amateur for his story on Alex Wilcox, a Brantley native and Mississippi State softball player who died of ovarian cancer at age 18.

Here are the other winners and runners-up for 2018:

Best Sports Story, Writing On A Deadline, Prep Or Other Amateur

Runner Up: David Elwell, the Decatur Daily, Decatur vs. Austin football. The Black Bears opened their new stadium with a 60-45 win over Decatur in the highest scoring game ever in the River City Rivalry

--It’s a simple question: Did Arab purposefully lose the math?

--Dear Santa: All I want for Christmas is for Auburn to hire Rush Propst as its new offensive coordinator

--'This house represents, to me, a lot more than a gold trophy does’

--Alabama shouldn’t have a Heisman Trophy finalist, it should have two

--Why is Nick Saban going for his 7th national title being overlooked, ignored

Best Football Feature Without A Deadline

Best Basketball Feature Without A Deadline

Best Baseball Feature Without A Deadline

Runner Up: Tom Green, AL.com, Casey Mize’s road to potential No. 1 MLB Draft Pick was 18 years in the making

Winner: Ben Jones, The Tuscaloosa News, Alabama radio play-by-play man for basketball and baseball suffers a stroke and is overwhelmed by the support he receives

Best Softball Feature Without A Deadline

Runner Up: Christopher Walsh, SEC Country, From Cuba to Malaysia, Alabama softball’s Carrigan Fain out to have a ball

Best Golf Story Without A Deadline

Winner: Joey Chandler, The Tuscaloosa News, A third-grade girl is teeing it up with the high school boys golf team at Tuscaloosa Academy

Best Wrestling and Boxing Feature Without A Deadline

Winner: Daniel Boyette, AL.com, A look into the world of high school wrestlers strugging to make and cut weight

Runner Up: Brandon Marcello, AuburnUndercover, Introducing readers to the first black athletics director in Auburn history, and a man not too familiar with the SEC

Runner Up: Tom Green, AL.com, 20 years since the last Iron Bowl at Legion Field, the Alabama-Auburn rivalry has forever changed

Winner: Brandon Marcello, Auburn Undercover, Auburn athletics director Allen Greene reveals he is working to alleviate burden on Auburn’s football schedule that could move the Deep South’s Oldest Rivalry out of the month of November

--It runs in the family

Best Sports Layout (Four Sections from anytime in the Year)

Winner: The Tuscaloosa News, Coaches Paul “Bear” Bryant and Nick Saban and how they are forever linked with Alabama football

Michael Gibbons & His Fascination With Forks

Spartan Fitness, The Garage Kickboxing, Ready For First Card of 2020

Wilder Waits Out Ortiz, KOs Him In 7 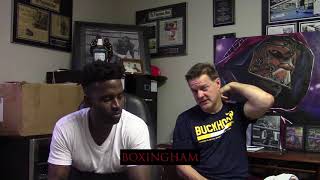 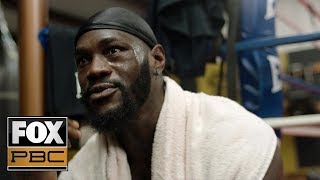 Wilder vs Ortiz 2: Behind The Scenes 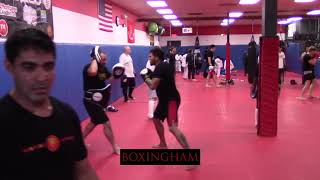 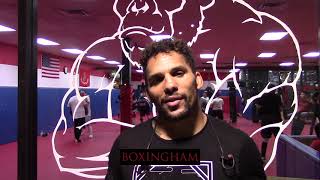